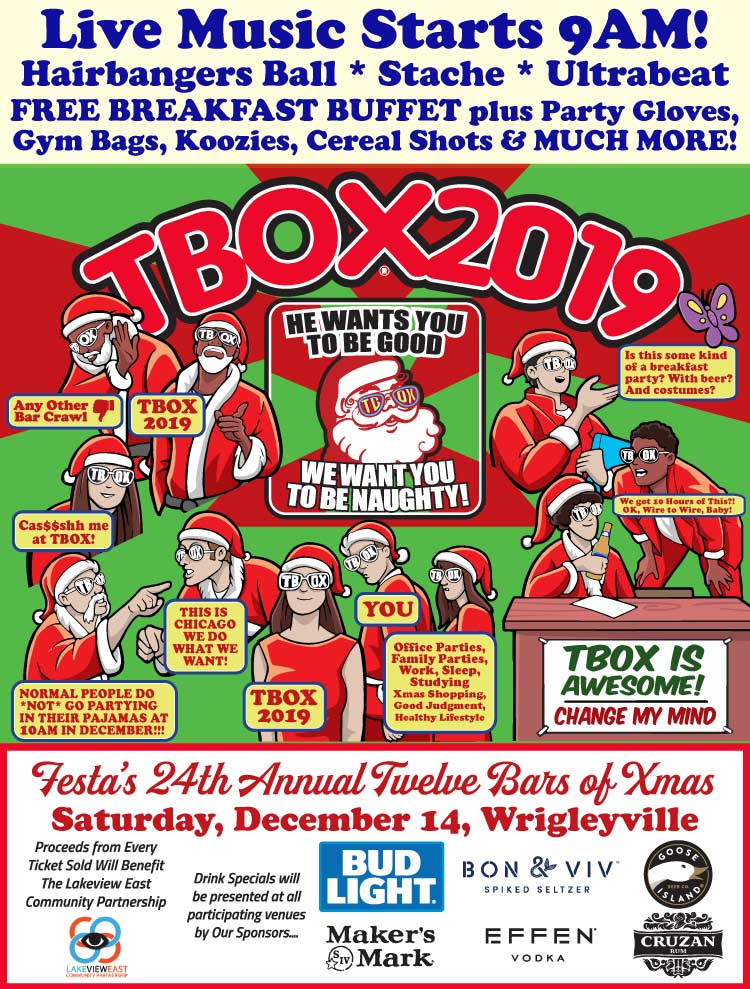 December 14th marks the 24th Annual 12 Bars of Xmas Bar Crawl! We’re so excited to offer TBOX attendees FANTASTIC DRINK SPECIALS + MORE from our Amazing Sponsors! Make sure you bought your TBOX ticket so you can take advantage of these great specials!  A Big THANK YOU to the following brands: Bud Light Goose […] 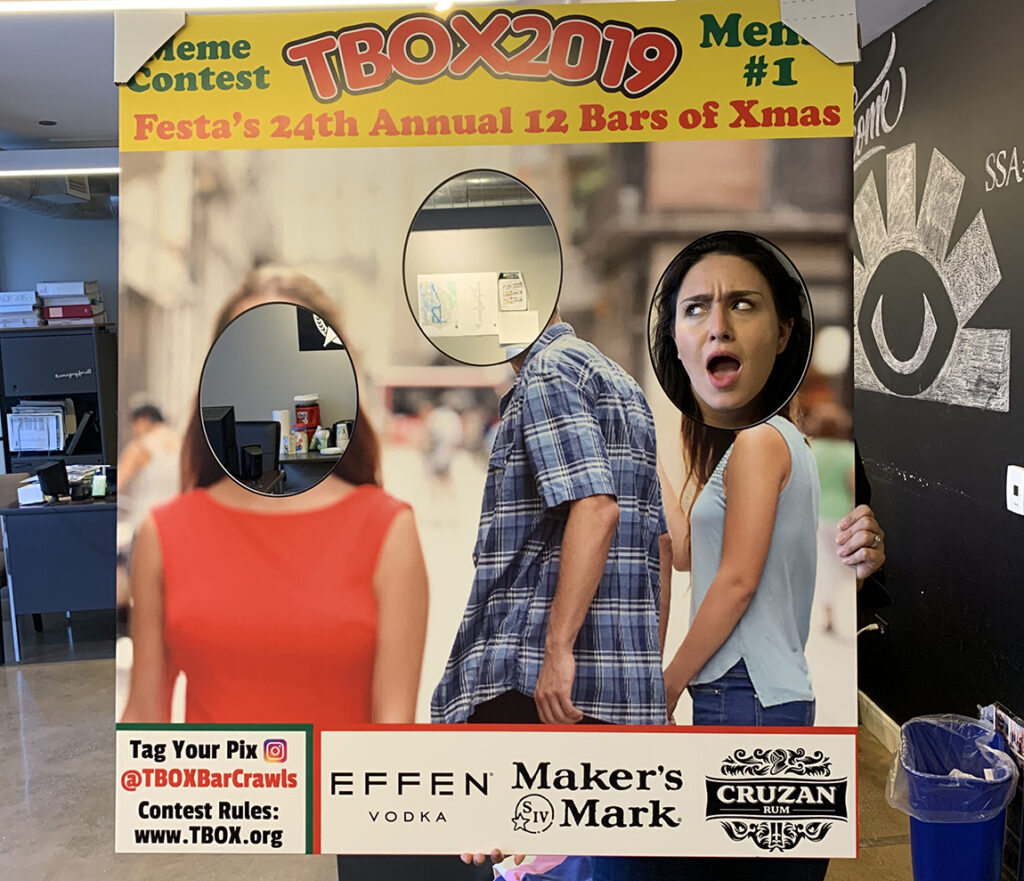 #TBOX2019 – The 24th Installment of the World’s Largest, Longest-Running, Most Legendary Costume / Christmas / Charity / Holiday Bar Crawl, with over 200,000 Crawlers since 1996, is making this year’s event MEME THEMED!!! If you love looking at Memes, then this already-awesome bear crawl will let you BE YOUR FAVORITE MEMES and WIN PRIZES!   […]