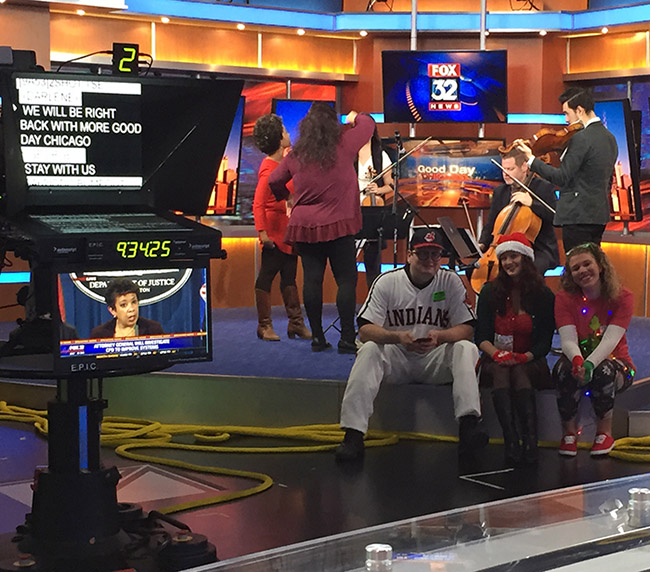 TBOX Founder and Festa Parties President Christopher Festa appeared on WFLD Fox-32 TV in Chicago, along with Royal Court Members Joe Wild, Michelle Mark, and Bridgid DeFranceschi in their TBOX Outfits. Enjoy the Video that appeared on Television the week before #TBOX2015 – 12/10/15.   ﻿