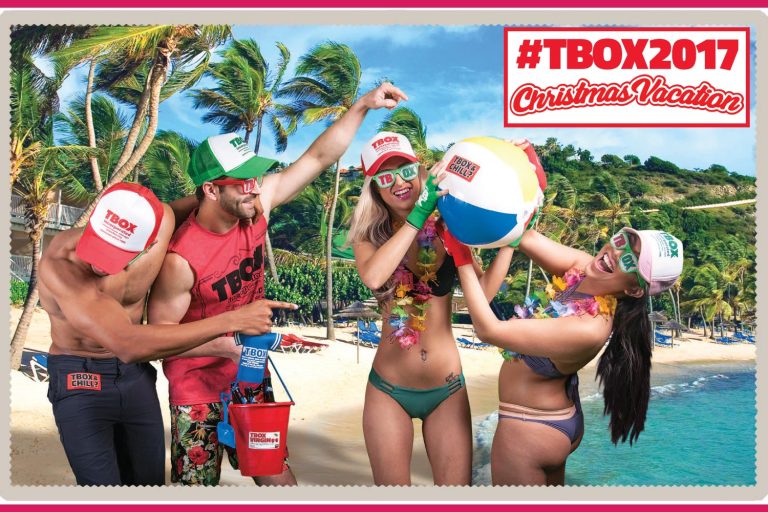 Going to Tahiti for this photoshoot was really expensive… TOTALLY NOT PHOTOSHOPPED!!

in 2017 at the 22nd Annual TBOX, we beat the current World Record pub crawl by over 240%! The theme was Christmas Vacation, and we converted Clark Street into a Holiday / Travel / Vacation Wonderland! And, Country Music Superstar Brett Eldredge came to TBOX and Hung Out All Day!!! Who knows who will be coming in 2018?!?!!

TBOX2017 took place in Wrigley on December 9, 2017, with the theme CHRISTMAS VACATION! We also made an attempt to break the official Guinness World Record of 4,885 participants in a pub crawl, and we ended up with over 12,000! It was an amazing day for TBOX, with festive Holiday and Vacation costumes and an appearance by Country Music Superstar BRETT ELDREDGE! (see his Instagram Post Here!) Thanks to everyone who made #TBOX2017 such a special day! View All Photos Here! We were also on the Cover of the Chicago RedEye Newspaper!! 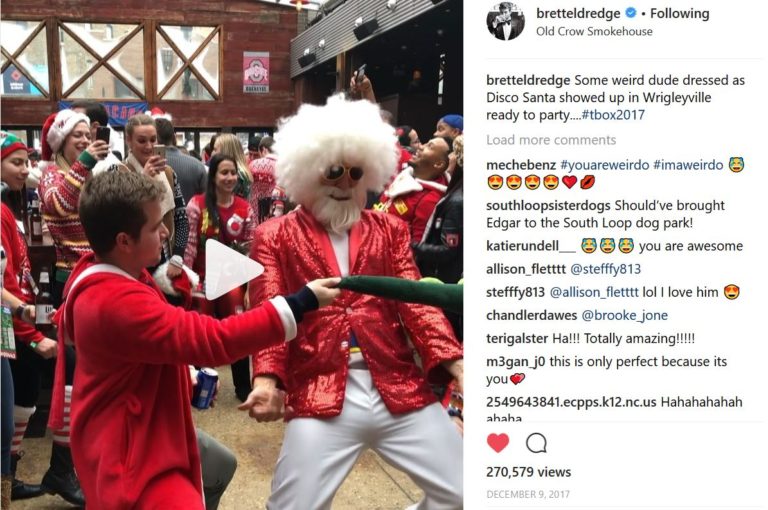 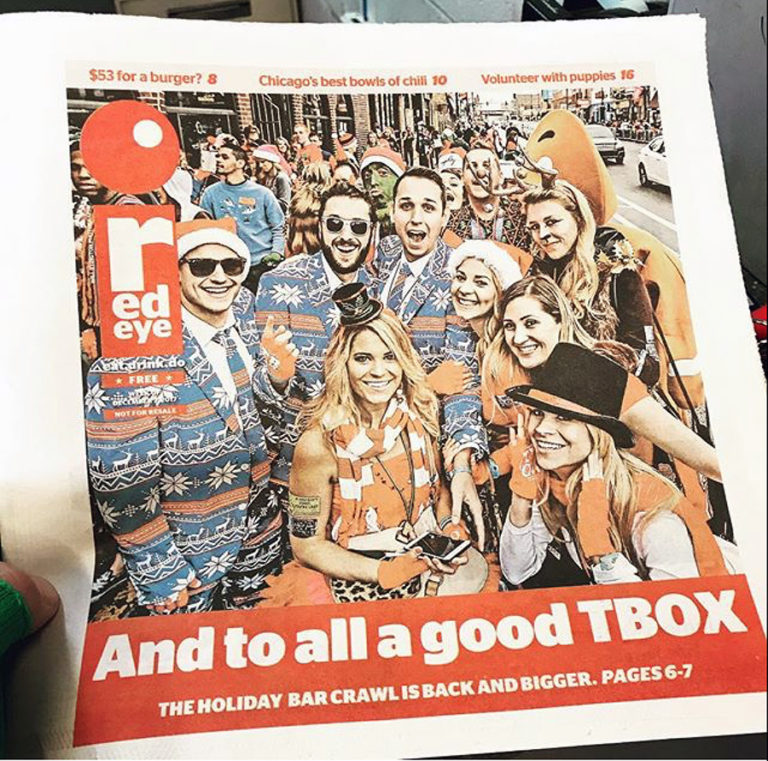 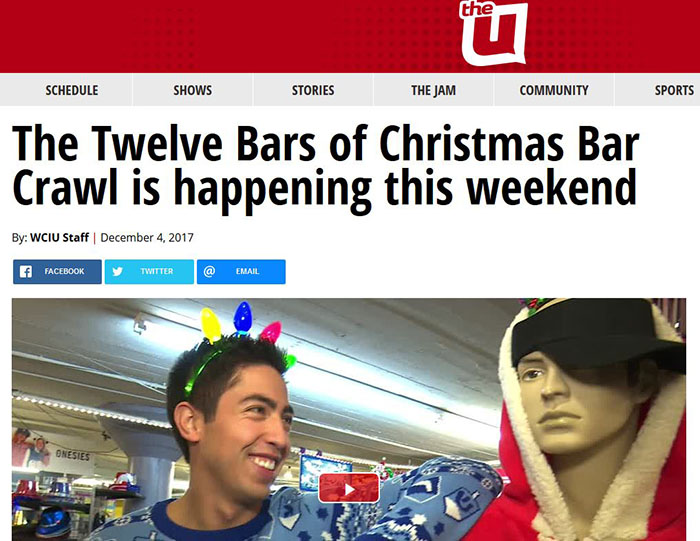 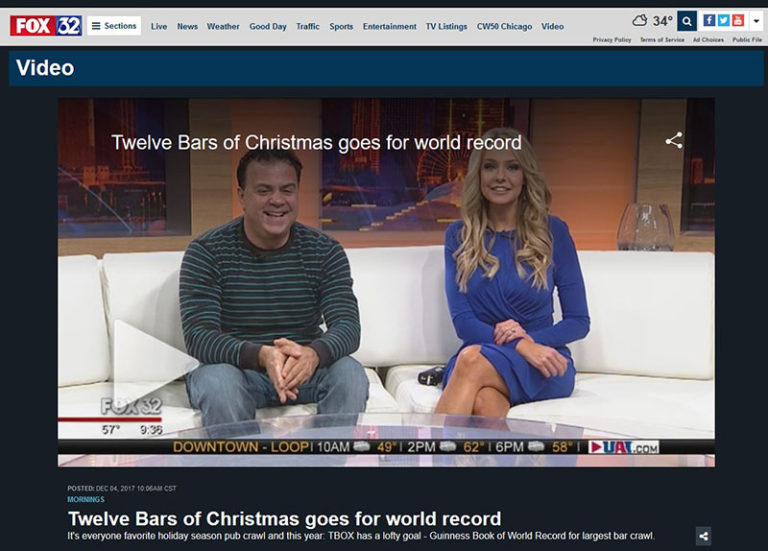 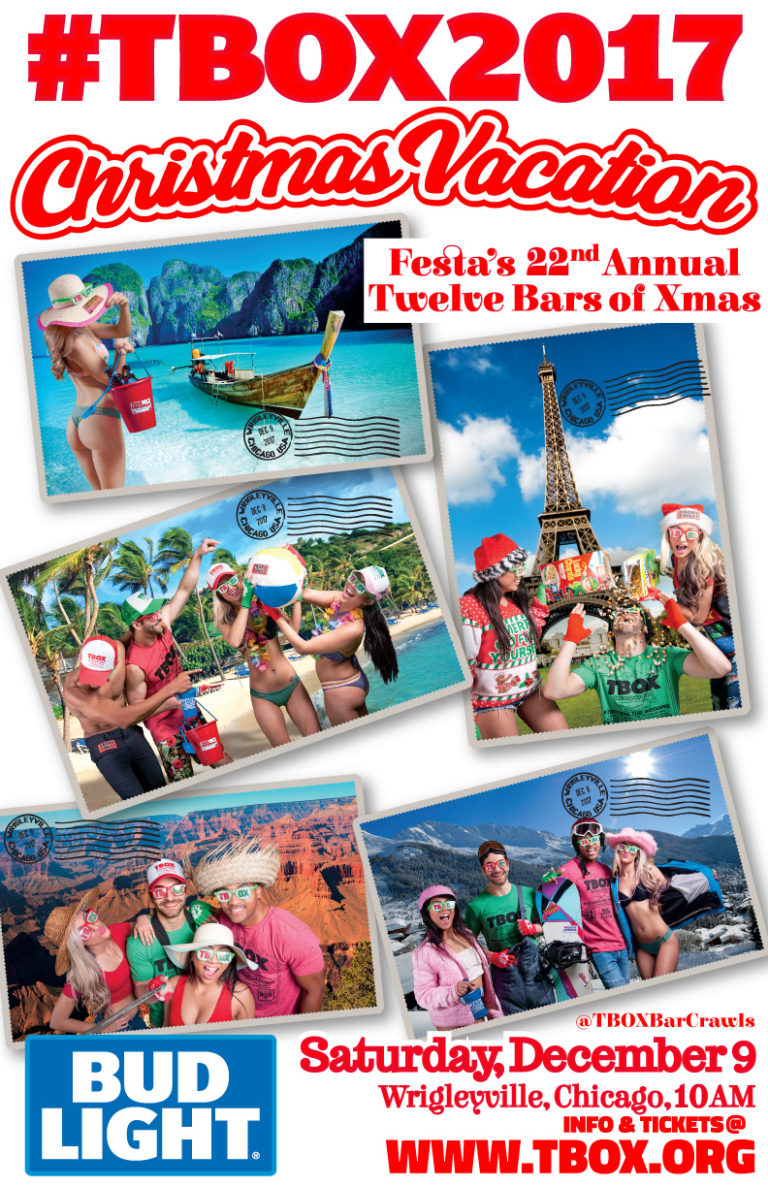 Save the Date February 26, 2022 for our BEADQUEST Mardi Gras Bar Crawl in Wrigleyville, Chicago

Save the Date May 14, 2022 for our COVER YOUR BASES Baseball Bar Crawl in Wrigleyville, Chicago