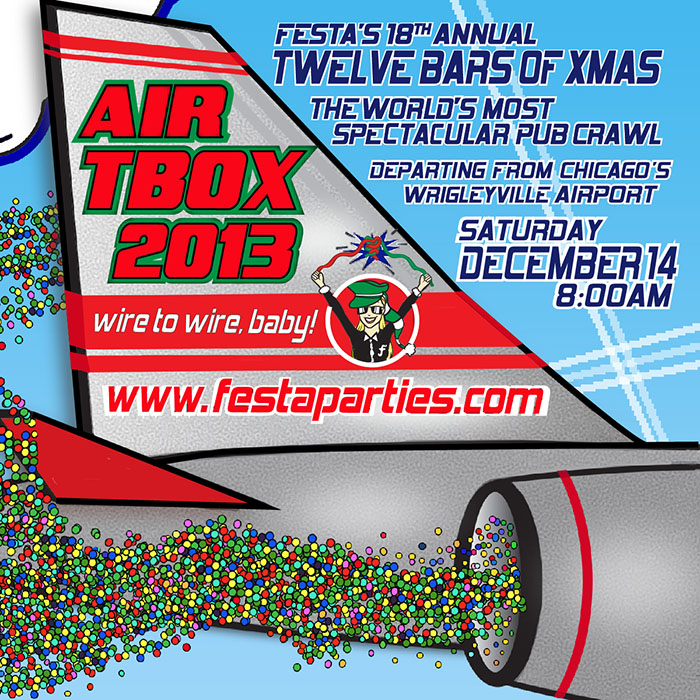 TBOX continued strong into 2013 after the blowout of 2012. Despite a blizzard, the 18th Annual Original Twelve Bars of Xmas — “AIR TBOX” – took flight in the Winter Wonderland of Wrigleyville! 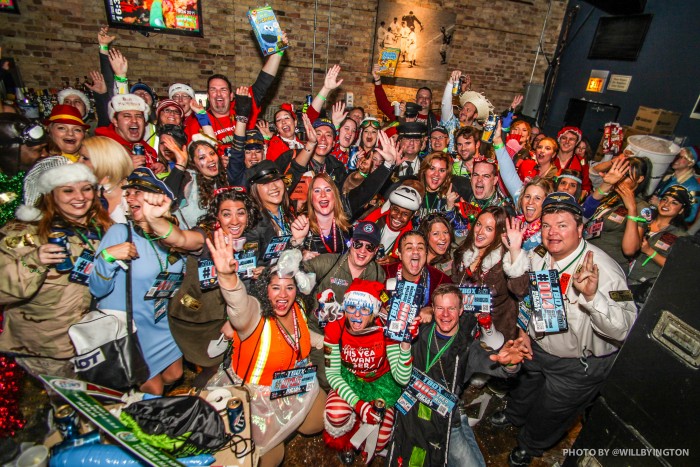 After getting everything all set after the TBOX 2012 blowout, we had a great year of BeadQuest, Cover Your Bases, and Everyone Gets Lei’s, and in the spring announced the Airline Theme – AIR TBOX!! People dressed as pilots, stewardesses, Top Gun, and everything in the friendly skies and having to do with flying. The Bars were destinations, divided into Terminals T, B, O, and X, and in the first year of us having a mobile app, we had people Check In to destinations around the map to go Wire to Wire.

TBOX2013 was the absolute snowiest TBOX EVER. We had a huge blizzard overnight, dumping 2 feet of snow over Wrigleyville. It was pretty messy and sloppy, but did not slow down our thousands of crawlers. Also, for me unfortunately, it was the ONLY TIME in all my years of crawling I was sick. Someone came in the office the Monday before and gave me the flu, and I could only make it until about 5 O’Clock… the only time I didn’t make it Wire to Wire. But the show went on without me and it was an amazing time! Thank you to all my amazing friends for helping me get through it!! 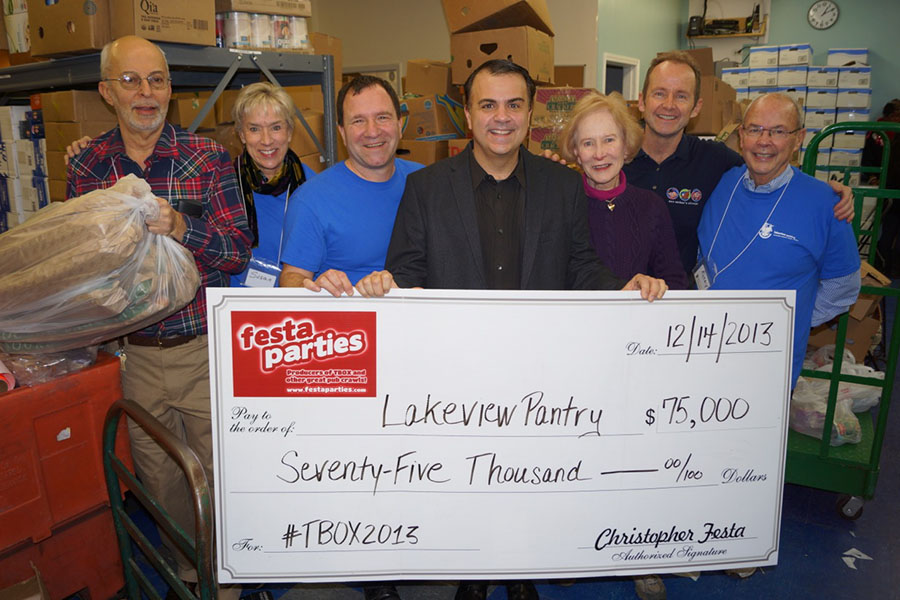 Our Big Donation to the Lakeview Pantry Charity!! 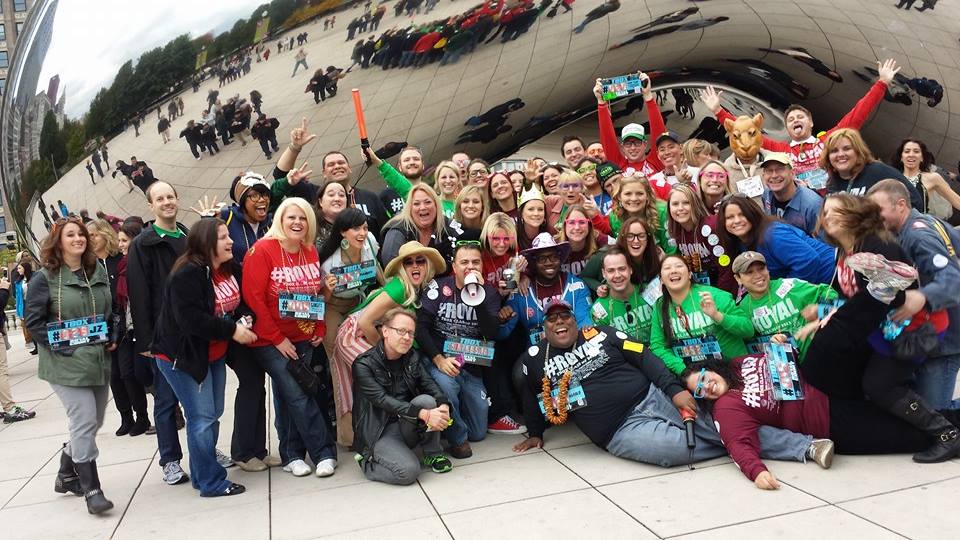 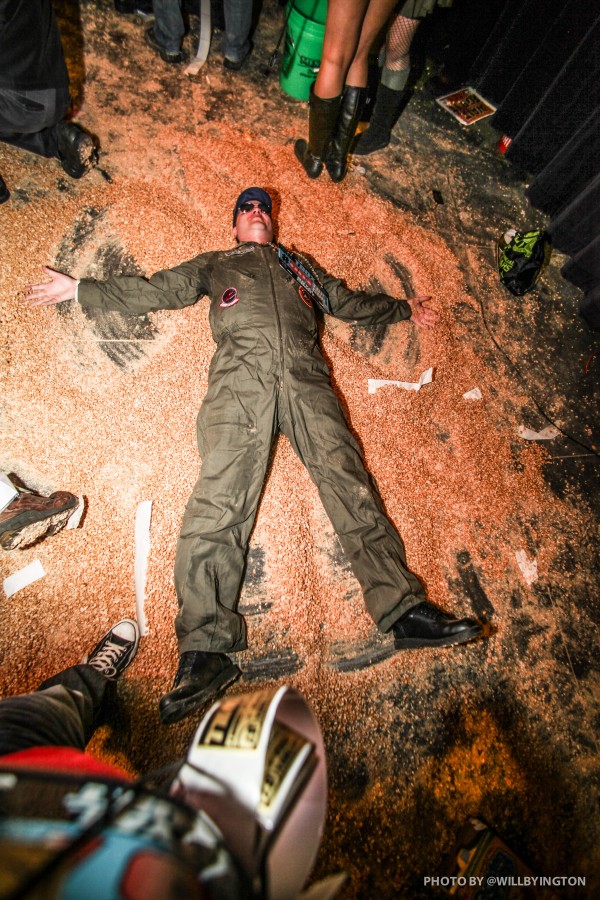 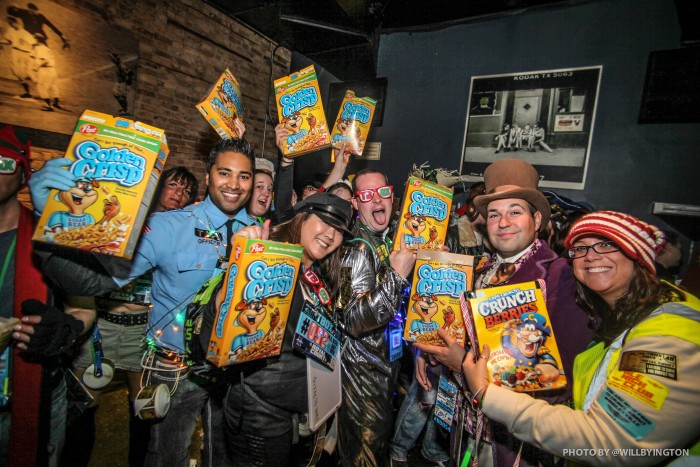 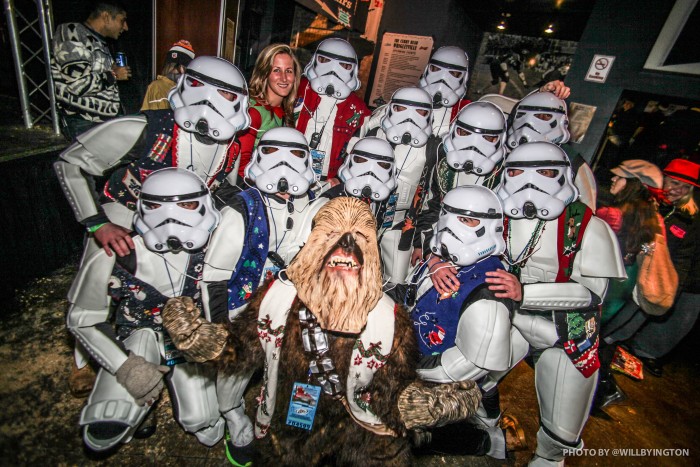 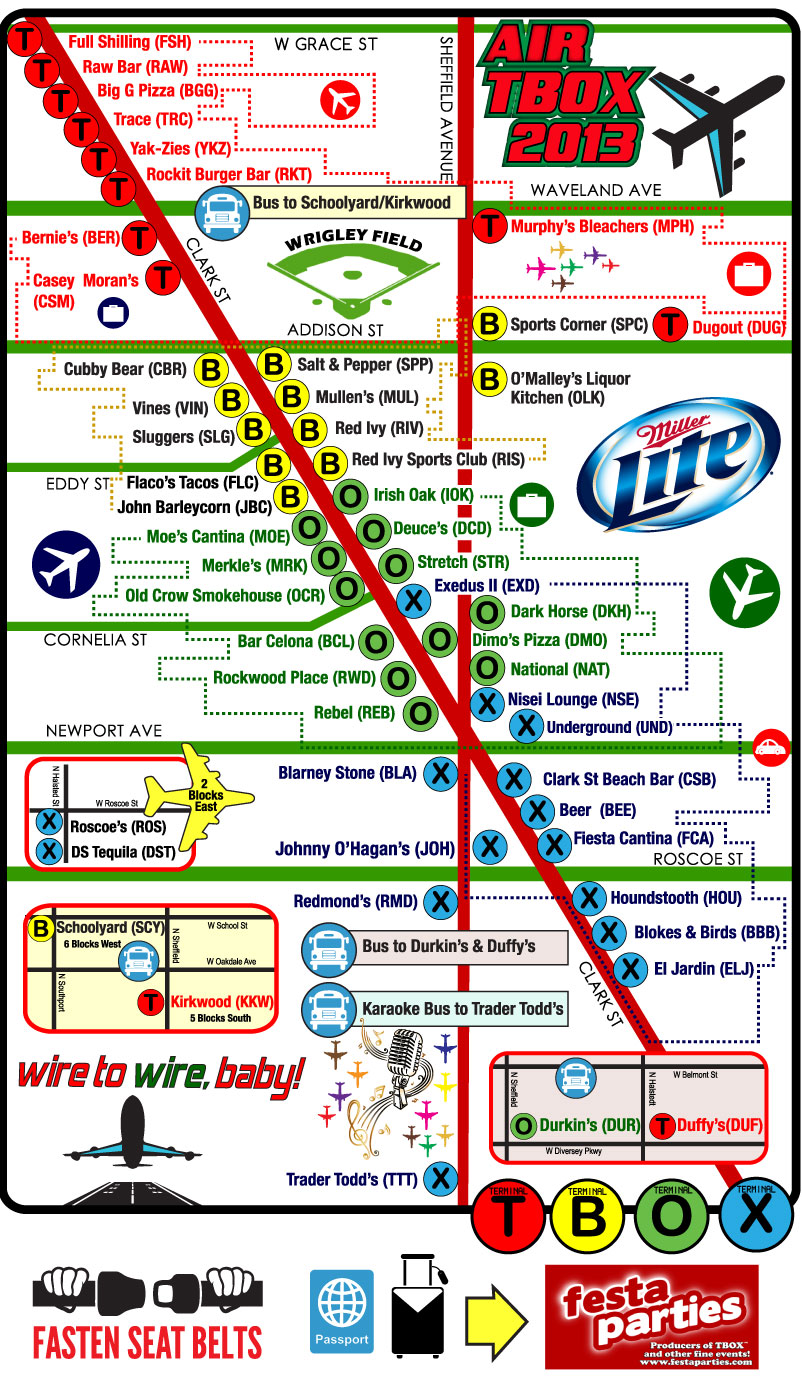