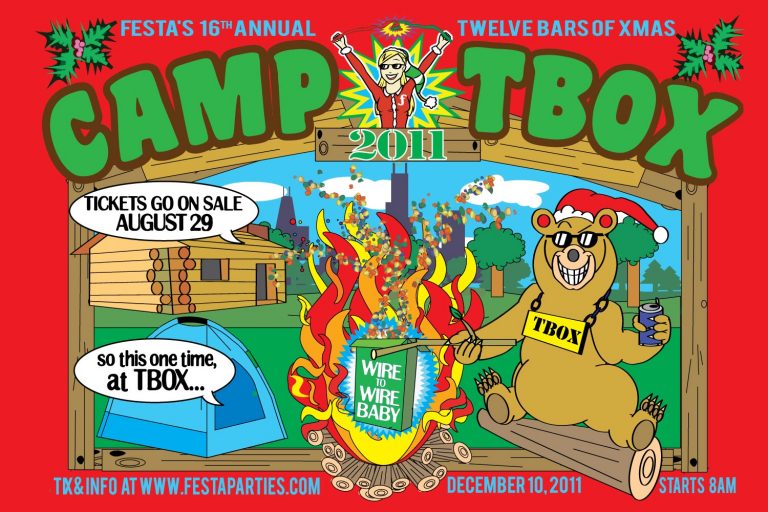 TBOX 2011 increased all the way to 16,000 people! Clark Street Closed… We had Make-Out Tents in every bar… They Re-Routed the 22 Clark Bus… it was 15 degrees but that didn’t stop anyone from having an amazing time. “CAMP TBOX” took us up yet another notch!

I can’t remember exactly when or where it came to me, but the idea of SUMMER CAMP as the theme for TBOX2011 seemed just perfect, and it really was. Our attendance jumped more than 50%, with our Official Motto, “So This One Time, at TBOX…”

This time, we divided our schedule into six “Bunks” to spread our happy campers out among the bars… The Crunchy Captains, The Kooky Cocoas, The Loopy Froots, The Trix-A-Canoes, The Apple Jacks & Jills, and The Fiber Flies.

By 1pm, for the first time in TBOX History, the authorities decided to close down Clark Street to auto traffic and reroute the CTA Clark 22 Bus.

As added touches for the day of crawling, we installed “Make Out Tents” in ten of the bars, along with Camp Games like Kiddie Pools lined with Twister Mats. We distributed over 110,000 Stickers, “took care of” 7,000 TBOX Virgins, shot an estimated 30,000 Boxes of Cereal, and again benefited Chicago Dance Marathon – who helped serve as Bar Hosts, stamping passports, handing out stickers, Taking Pictures in the Frames, and giving cereal shots. 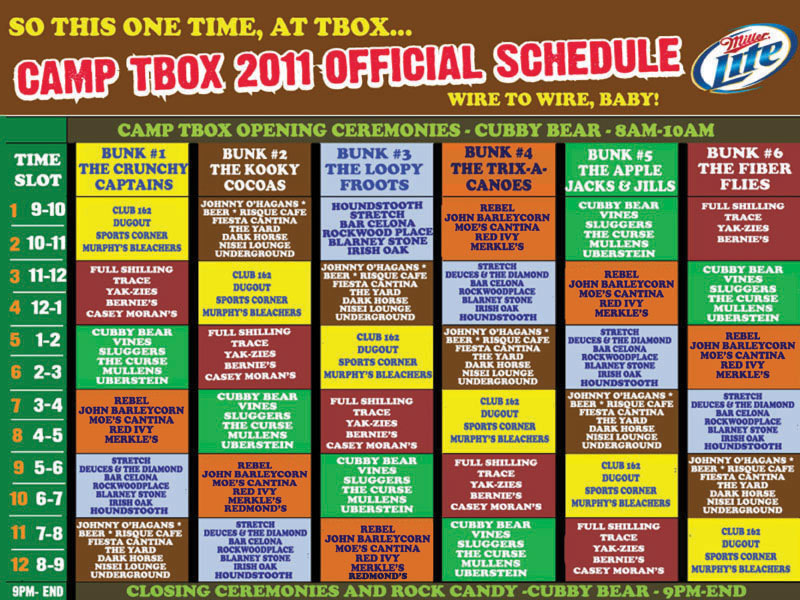 Since 2007, TBOX has begun and ended with ceremonies taking place onstage at the Cubby Bear. The twist for 2011 was – Sing-A-Long Karaoke Campfire Songs with TBOX Lyrics, which we had a great time with!

Our Countdown Video featured trippy clips from cereal commercials set to psychedelic music. And you just can’t top 2,000 people yelling “You Gotta Fight For Your Right to TBOX” set to videos of the Trix Rabbit…

For TBOX 2011, our friend Big Jason, at his 12th TBOX, was our VIP and Official Badge “Number One” for the day. We officially named him #1 in late August, ambushing him on his front lawn in Downers Grove, setting up a tent, and jumping out on him. You can’t pay for this type of entertainment! 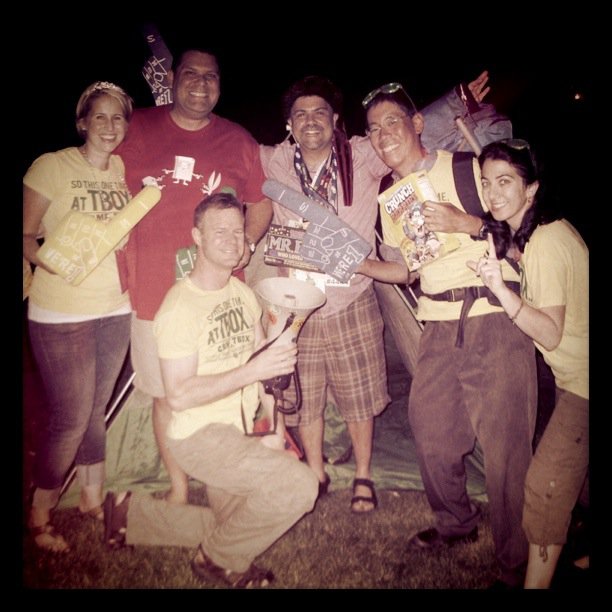 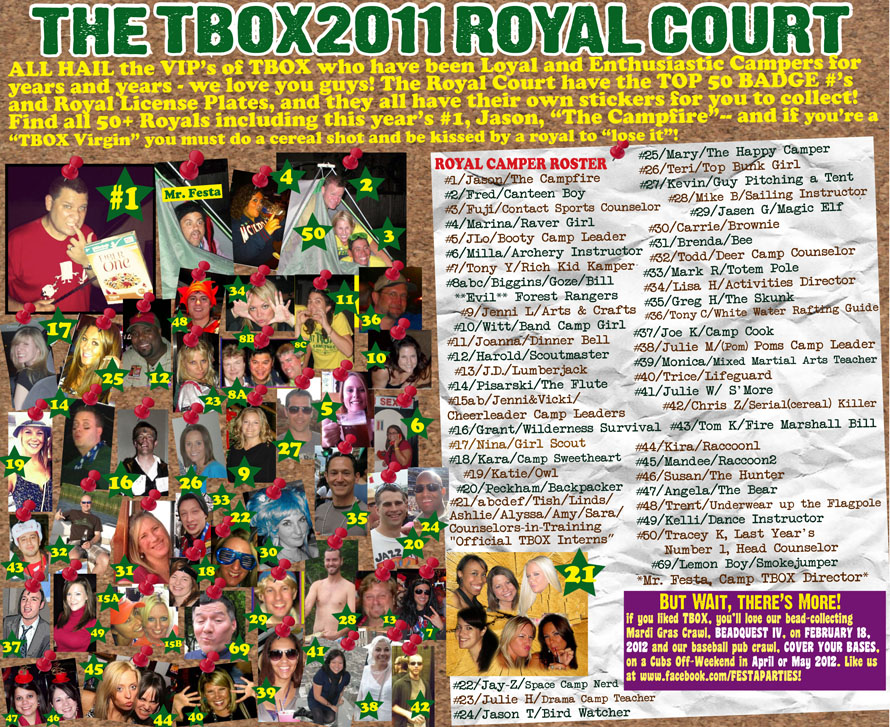 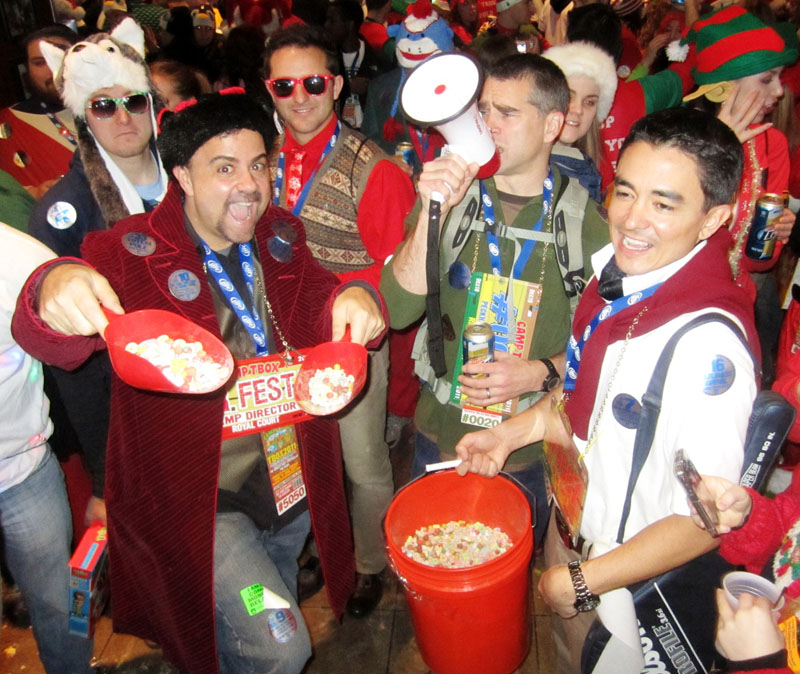 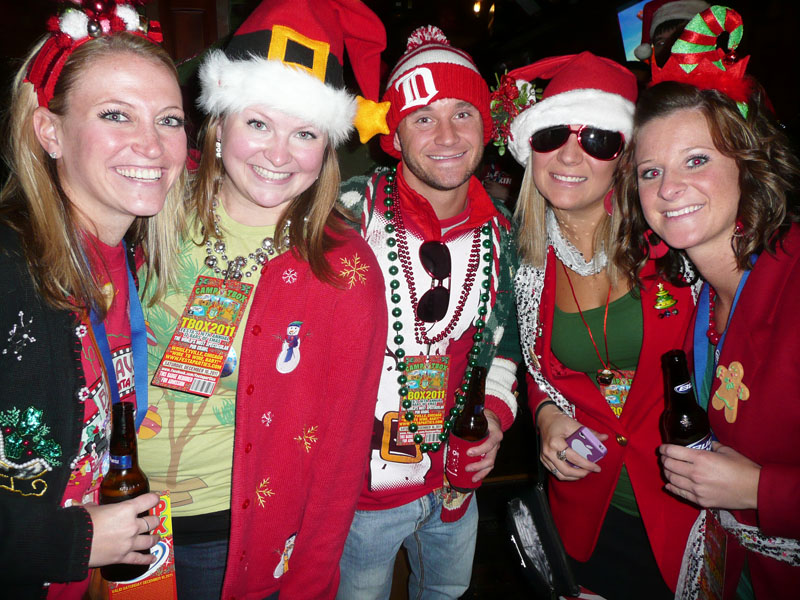 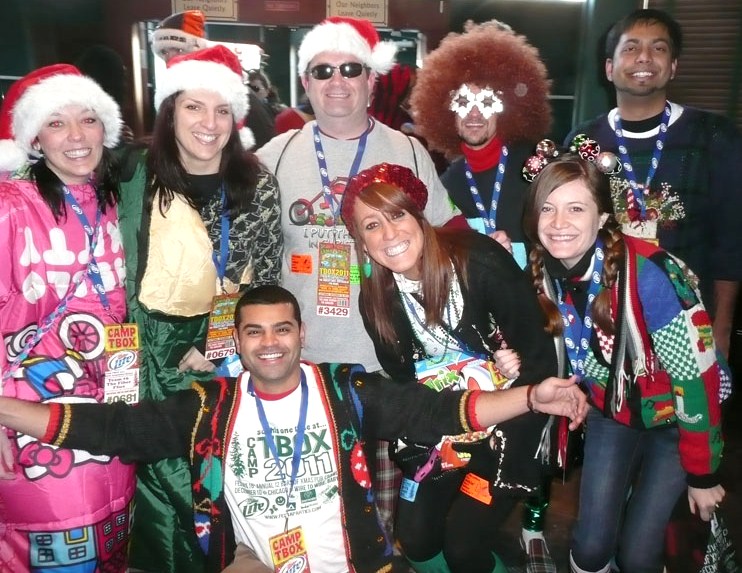 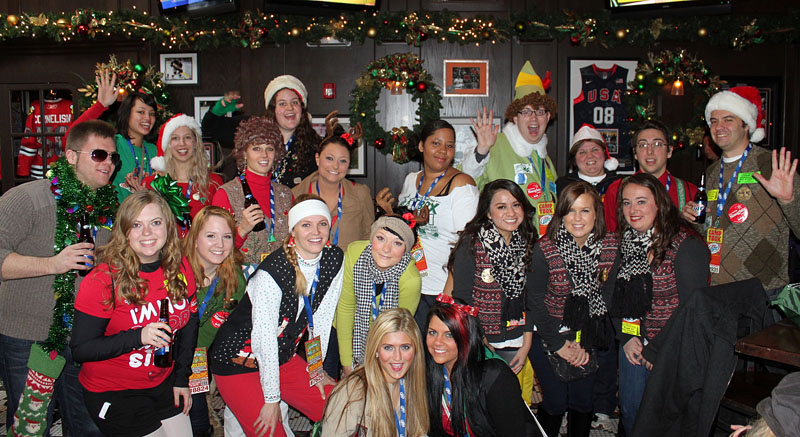 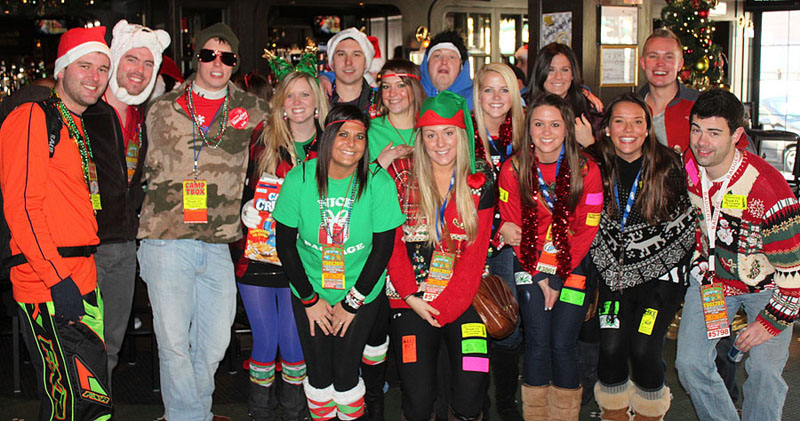