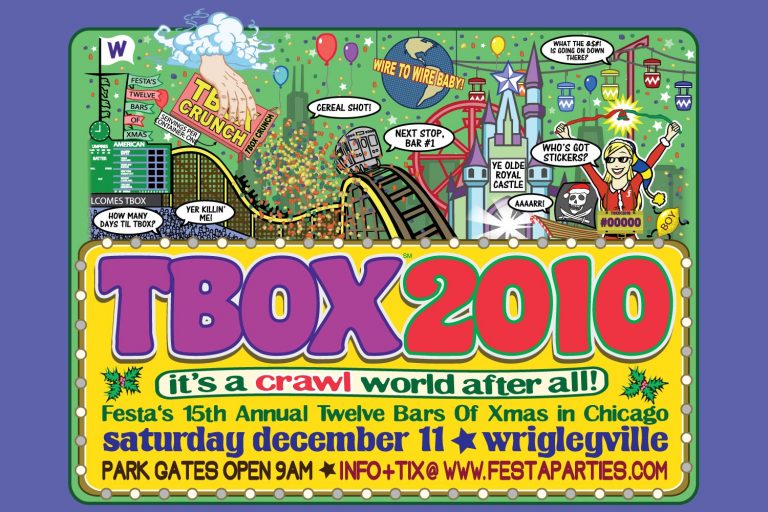 The TBOX 2010 Amusement Park Logo… It’s a Crawl World After All!

In 2010, TBOX finally broke the 10,000 attendance barrier, thanks to word of mouth everywhere around Chicago, and making the front page of the RedEye newspaper on Friday, the day before TBOX. It was chaos, it was a whirlwind, and It was a Crawl World, After All!

TBOX 2010 topped 10,000 people! And on the advice of our handlers, we will henceforth be “vague” and “evasive” about specific attendance figures. Got it? Also, if and until our reality show hits the air, I will be unable to provide the juicier personal details of what happened before and after this TBOX, but if you find me and buy me a beer, you never know…

For Year 15, we pulled out ALL THE STOPS, the hype built like CRAZY all Summer and Fall, and on the day before TBOX, the Chicago Red Eye featured us on its FRONT PAGE and a 2-page centerfold spread. 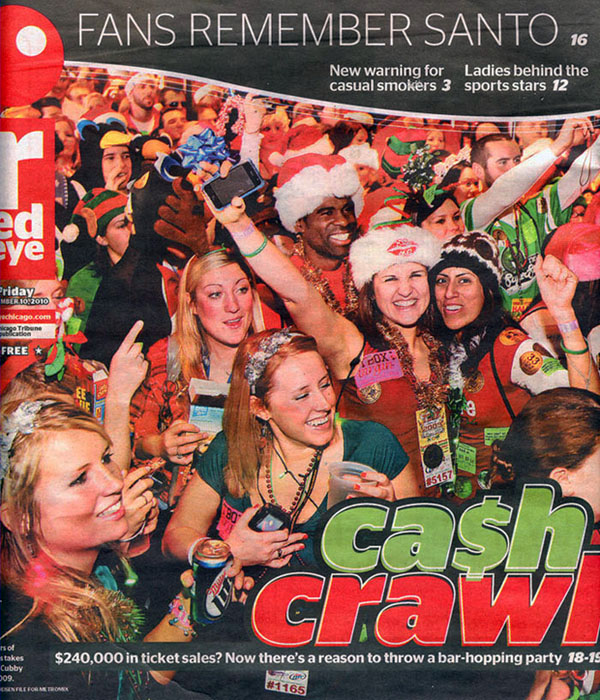 As for the theme – I was taking a “long walk on the beach” in Florida earlier that year, thinking about TBOX, and “It’s A Crawl World After All!” popped into my head, and a few minutes later, the Amusement Park theme. I used to go to Disney World all the time growing up (I really miss Mr. Toad’s Wild Ride, by the way…) and was voted in high school, “Most Likely to Open Up an Amusement Park Themed After Myself” – so this really all made sense. 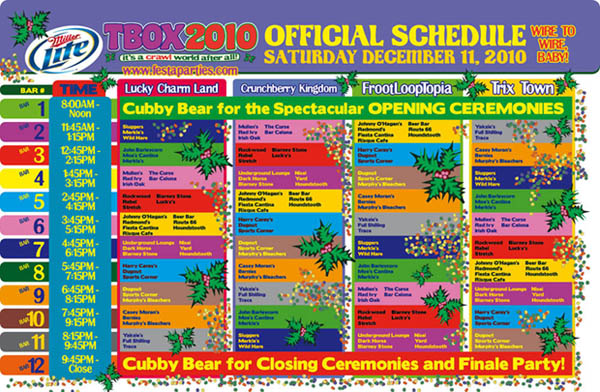 The crawl was fantastic from wire to wire. The survivors re-assembled at 10:15pm at Cubby Bear for Closing Ceremonies, we declared that the TBOX VIRGINS were NO LONGER VIRGINS, and we sang “I HAD THE TIME OF MY LIFE AND I OWE IT ALL TO YOU” – accompanied by the rocking band, Rod Tuffcurls and the Bench Press – what a day! 2010 would be hard to top… but that’s what we do! 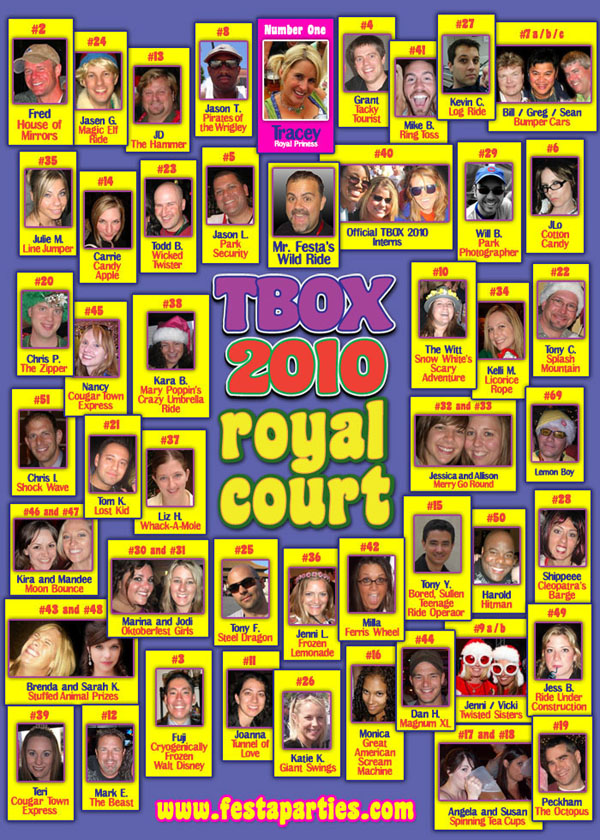 The Royal Court Members in 2010 were all Rides! 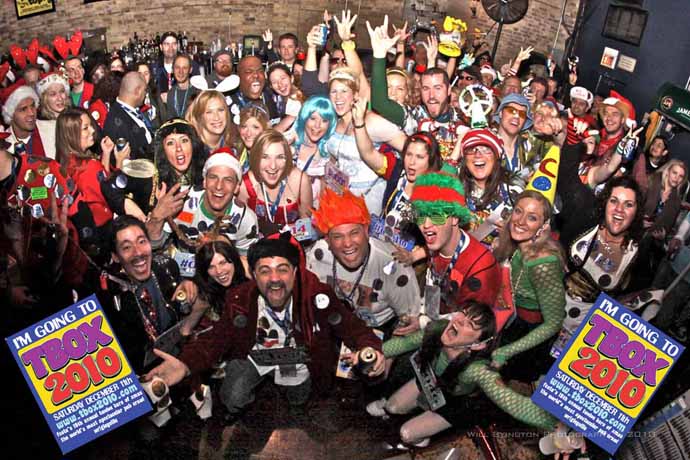 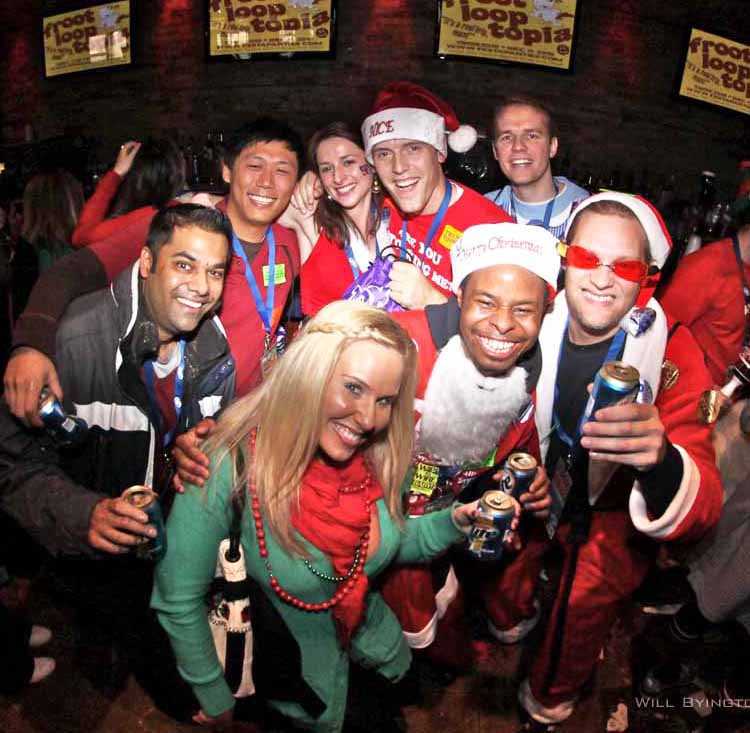 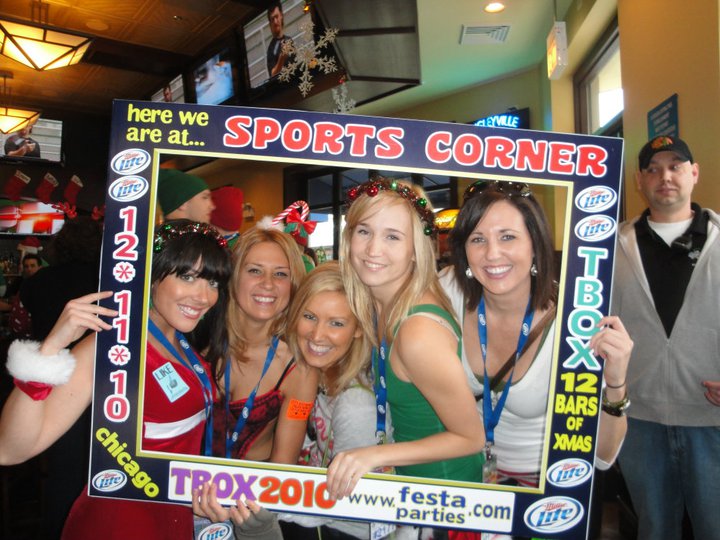 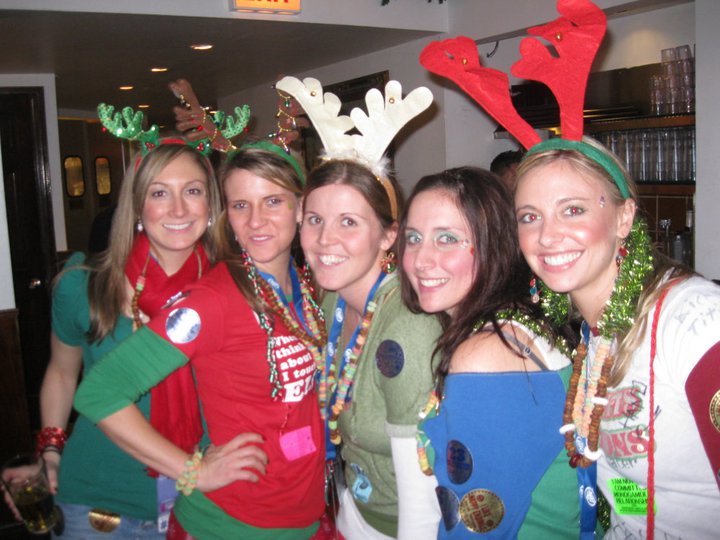