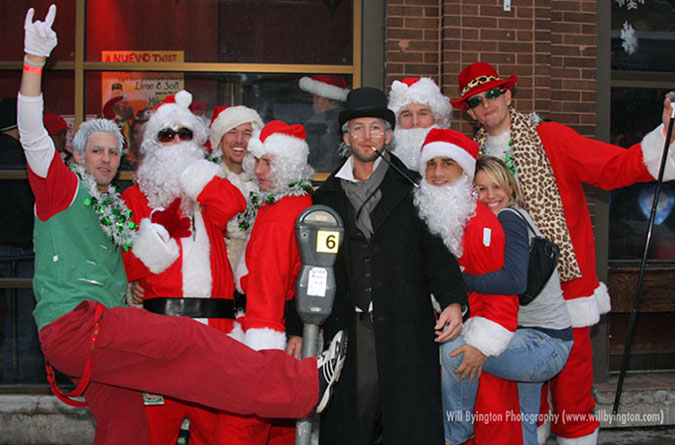 One of the First Great Group Costumes, TBOX 2007

TBOX #12 – Twelve Times Twelve – The Golden Birthday of TBOX, was an amazing year where we topped 4,000 people for the first time.

The Following is told in the first person by TBOX Founder Christopher Festa:

Things were really getting amazing by 2007. This was the first time the Opening and Closing Ceremonies were held onstage at the World Famous Cubby Bear, which has graciously hosted us every year since then. It’s amazing – they completely give us the run of the place… we can go nuts onstage, show videos, sing, and completely douse the entire place with cereal… all right across from Wrigley Field. It’s incredible!

This was also the First Year of the Royal Court LICENSE PLATES, which became a tradition for VIPS. And – for the VIP Badge Numbers – We had THREE Number Ones as the VIP Guests of Honor – 1a, 1b, and 1c, Goze, Bill, and Biggins, three of our closest friends who’d been to almost every TBOX. Yes it is possible – you can get married, have kids, move to the suburbs, and STILL get a hall pass to come to TBOX! If you only get one a year, make it for TBOX!!

TBOX #12 Sergeant Pepper inspired logo with the VIP Royal Court Members – And the 2007 Frame, The Last Handmade One 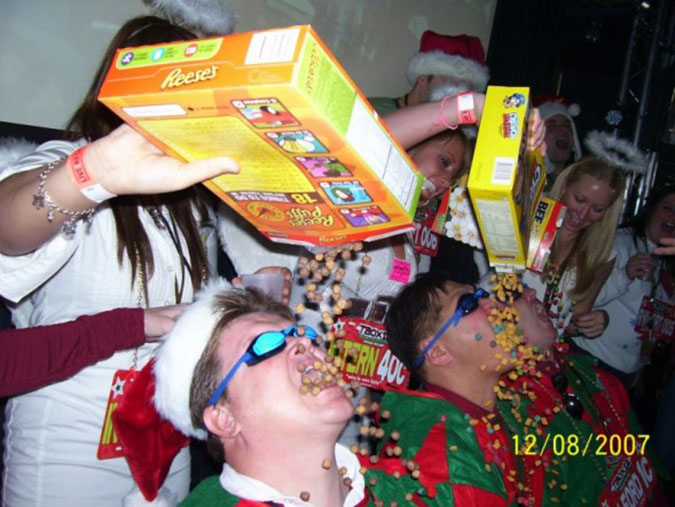 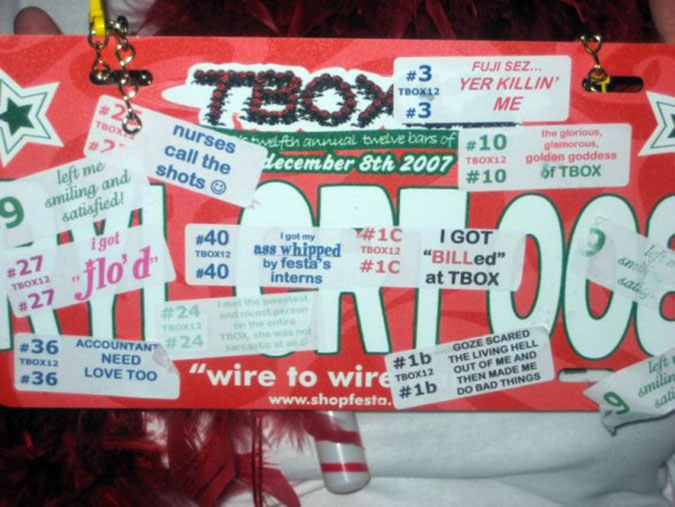 One of the FIRST Royal License Plates, Covered with Homemade Stickers made from Mr. Festa’s Las