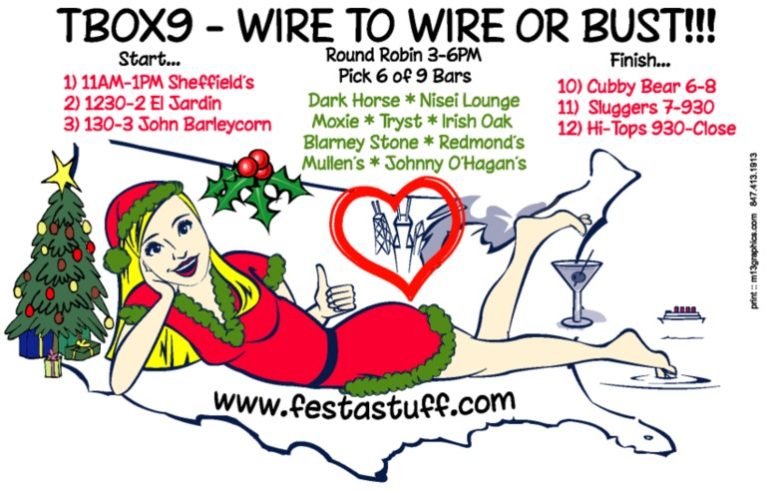 TBOX kept growing and got even bigger in 2004. It was the first year we had a customer service desk and a headquarters the day of the event in Wrigleyville, and grew to 2300 people!

The following is told in the first person by TBOX Founder Christopher Festa:

I group TBOX in 2003 & 2004 together in my mind because they were my first two years of being in business for myself, and I was still working out of my living room in Wrigleyville. It was sometime in 2004 that we had the brilliant idea:“Why don’t we set up a desk at one of the bars and make that the TBOX HQ and Customer Service Desk?” That had never occurred to us before, but obviously, we have it to this day. 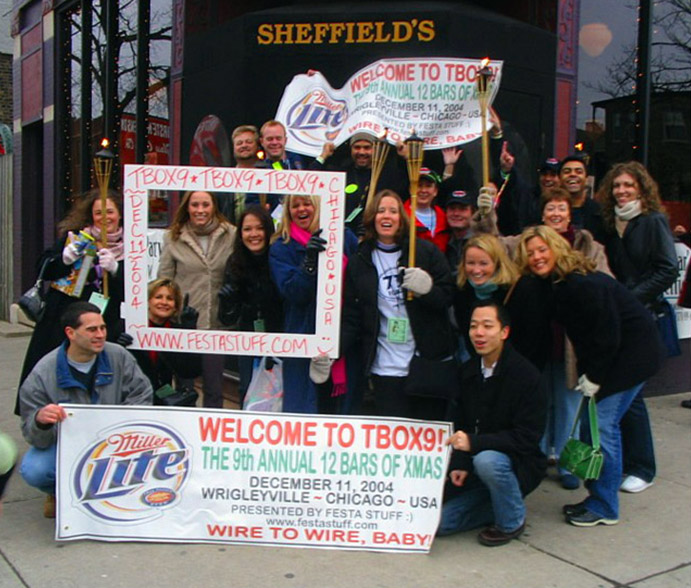 We grew to about 2,300 – and though I still consider it part of the “Middle Ages” or “Growing Pains” of TBOX, it really did go much smoother and more pleasantly. TBOX9 started at Sheffield’s, ended at the old Hi-Tops, and we had the Opening Ceremonies under the El Tracks on Newport, followed by the Tiki Torch procession. The Blarney Stone customer service desk was a revolution, the badges were back to being a normal, manageable size, the round robin was working like a charm, and… it was all really “Locking In”, but I still didn’t feel like it was “all there”. The future of TBOX, and what it would become, were still ahead of us… 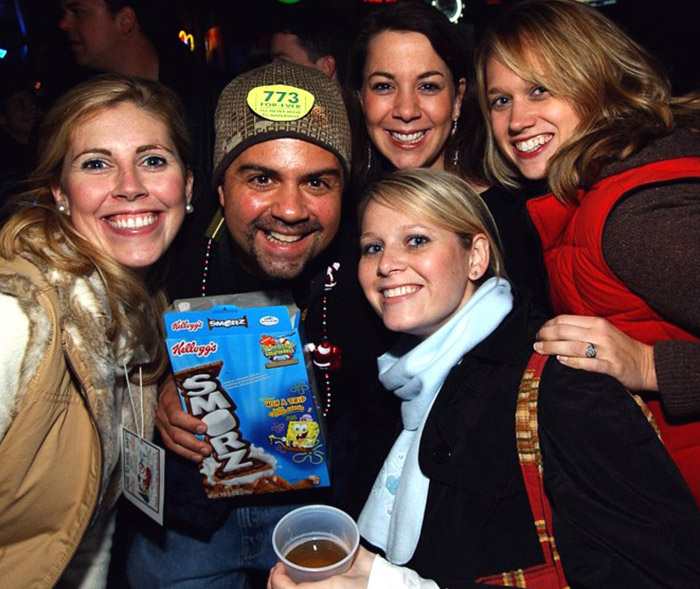