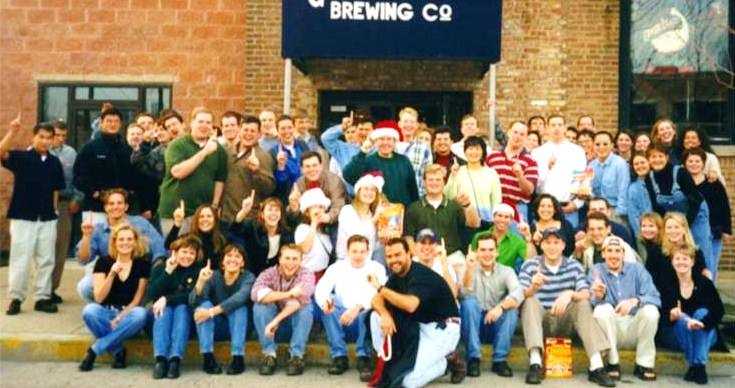 In 1998, it was an incredibly, unseasonably warm day in Chicago, and attendance increased SIX-FOLD to over 350 people with temperatures near 70F the entire day. For the 12 Bars of Xmas, this was a giant leap forward!

I was back in the USA in the Fall of ’98, and was excited for the 3rd TBOX. More people had e-mail, the word spread, and great things were in the air. I woke up that Saturday around 1pm. Can you imagine? TBOX didn’t start until 4PM! You could sleep late and not miss a thing. And that year we had a one-day freak heatwave and it was SEVENTY-ONE DEGREES – which brought out a ton more people!

As we arrived at Bar #1, about 100 people were there already – at the time, it was mind-blowing. And it just popped into my head, “Let’s count how many people are here!” How? “Let’s write on everyone’s hand with a marker!” And so, one of the first great TBOX traditions, the “Numbers”, was born.

We ended up with about 350 partiers. The route included Kincade’s, The Store, Deacon Brodie’s, Corner Pocket, Hidden Shamrock, and a few other Lincoln Park places. We signed certificates for people who had gone “wire to wire” — the first time that came about, and the first documented use of “TBOX” (see below) 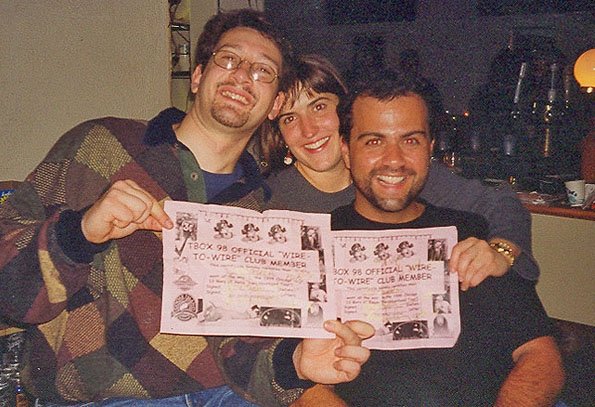 The Original “Wire to Wire” Certificates Handed Out by Mr. Festa at TBOX #3 in 1998. First Documented Usage of the word “TBOX” 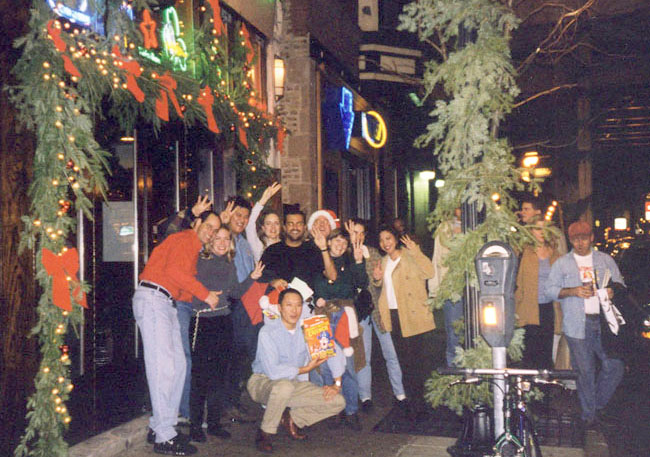