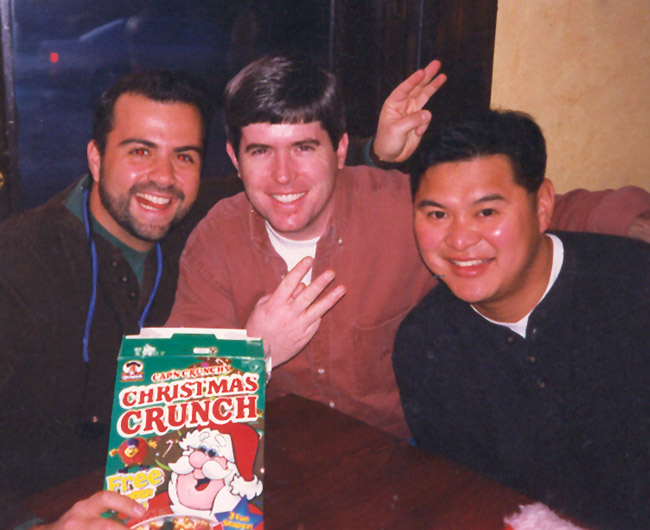 Chris Festa decides to do the 12 Bars of Xmas a second time, this time starting at McGee’s on Webster Street in Lincoln Park. This time, more than 60 people attend! 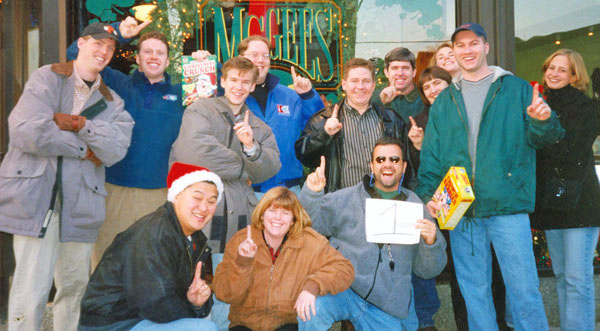 I didn’t think much about TBOX after I had the first one in 1996, and it was not AT ALL clear whether I would do it again. It was just another of the many little pub crawls I put on for fun every few months for my Accenture co–workers.

Friday, September 12, 1997, also marked the Final Festapalooza Party, and right after that, my company sent me to work in Europe and I thought I’d be gone indefinitely. But I ended up being home from Thanksgiving to New Years, and just thought, “Hey, I might as well have that Christmas bar crawl again.” So, from a hotel room in London, I drafted the TBOX2 schedule and sent it out via Interoffice “Electronic Mail.” On that Saturday in 1997, starting at McGee’s, TBOX2 kicked off and was a raging success with about 60 people, and we even wore some Santa Hats! Among the bars we visited were: Charlie’s Ale House, Jack Sullivan’s, Glascott’s, The Store, Beaumont, and Kelly’s. It was a nice little crawl… would we do it again? 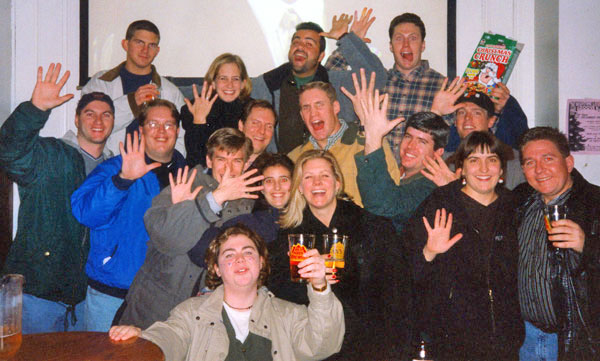