TBOX (R), The Original Twelve Bars of Xmas Bar Crawl, was started by Owner Christopher Festa in December, 1996 ─ the TBOX Pub Crawl is the world’s largest and longest-running pub crawl. TBOX began as a small, informal gathering of friends over 20 years ago, and has grown into one of Chicago’s most iconic party and holiday events. TBOX first became a commercial enterprise in its 8th Year in 2003, and has served over 200,000 crawlers who have experienced this true “bucket list” event. TBOX is a rite of passage for single young Chicagoans, but also attracts a nationwide audience, with more than 20% of participants traveling in from out of state. “Mister Festa” as he is known to his fellow partiers, is considered the pioneer of the bar crawl industry, “inventing” the concept of pub crawls as a business, leading the way for countless imitators. 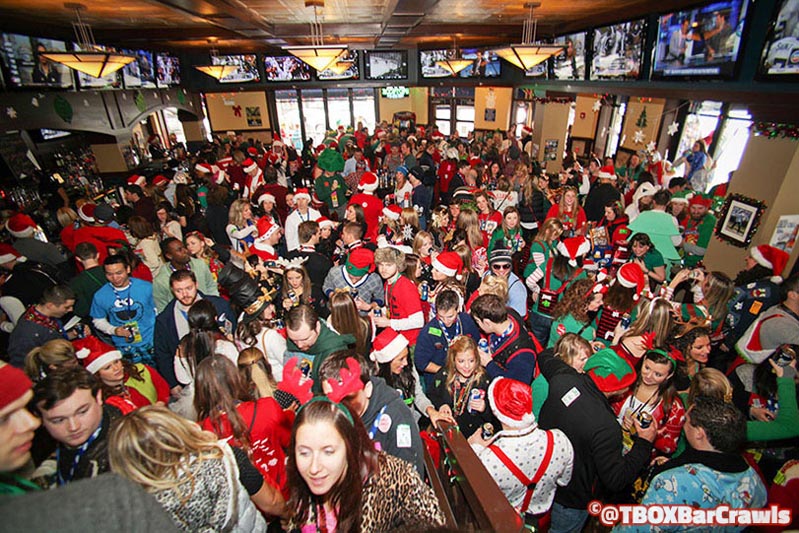 Our goal at TBOX Bar Crawls (Festa Parties Incorporated) is to produce unique, memorable, exciting, and highly engaging bar crawls for our customers. We want you to have an amazing an memorable time NOT focused on drinking, but on having a great time with your friends, making new friends, and having lots of fun stuff to do and to collect throughout the day. Among the things only at TBOX… collectible stickers at every event (over 2 million produced); picture frames at events (we invented those); cereal shots (our greatest contribution to Western civilization); collecting numbered beads; covering your bases; going wire to wire; opening and closing ceremonies; losing your bar crawl virginity… and much, much more. 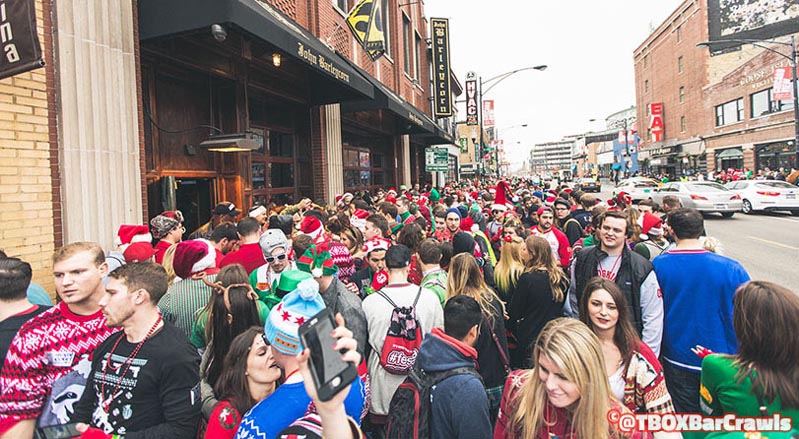 We are based on the North Side of Chicago, Illinois, USA, and we have our events mostly in the Wrigleyville / Lakeview Neighborhood. We work with more than 100 Locally-Owned Bars and Restaurants to host our Chicago Events. You can read all about The History of TBOX and All About What TBOX Is. TBOX has also donated almost $300,000 to Local Charities, and we work closely with the City of Chicago and the local community in producing our iconic pub crawl events.

Christopher “Mister Festa” Festa is the originator of the 12 Bars of Xmas and President of TBOX Bar Crawls. Mr. Festa grew up in the small town of Vero Beach, Florida, then attended Stanford University, majoring in Economics. He worked briefly in the finance industry before joining global consulting firm Accenture (then known as Andersen Consulting) as a Management Consultant. Fortuitously, his third major assignment took him from the Miami office to a permanent transfer to headquarters in Chicago… where he had never seen SO MANY BARS EVERYWHERE, on every block, on every corner, and he wanted to go to every one of them! Chris began having quarterly pub crawls for his co-workers and friends, and in 1996, had his first “12 Bars of Xmas”. The rest is history, and you can see it all here. 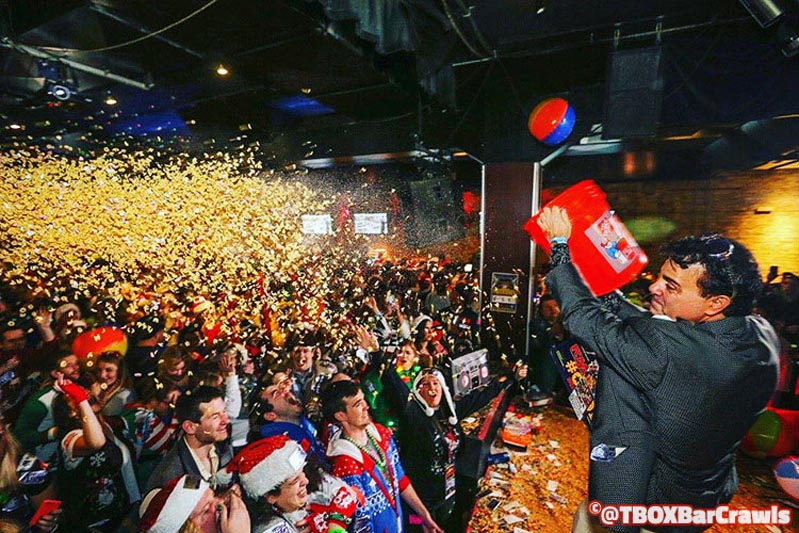 Chris since became a true Midwesterner and Chicagoan, a die-hard Cubs fan, and he personally attends and leads every TBOX Bar Crawl event and fully participates just like his customers! He has no plans to EVER skip one of his own pub crawls! Make sure to find him and ask for his personal sticker when you attend a TBOX event. 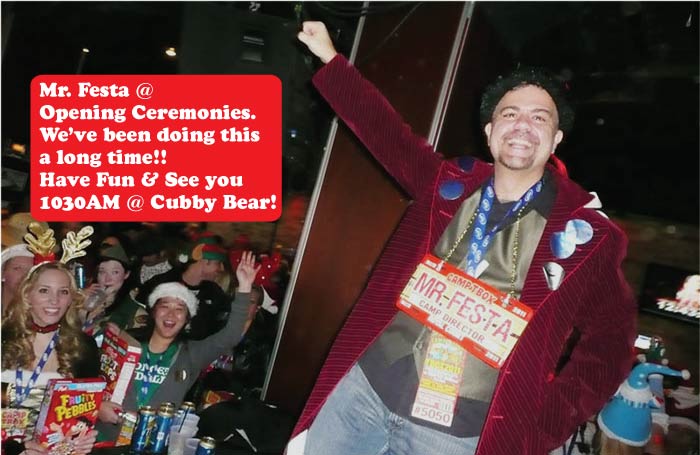 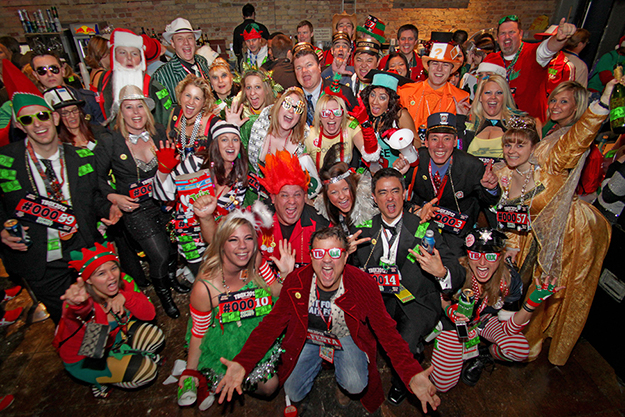 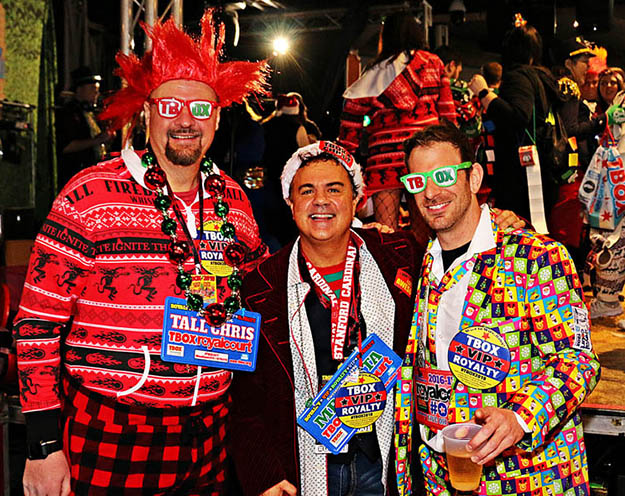